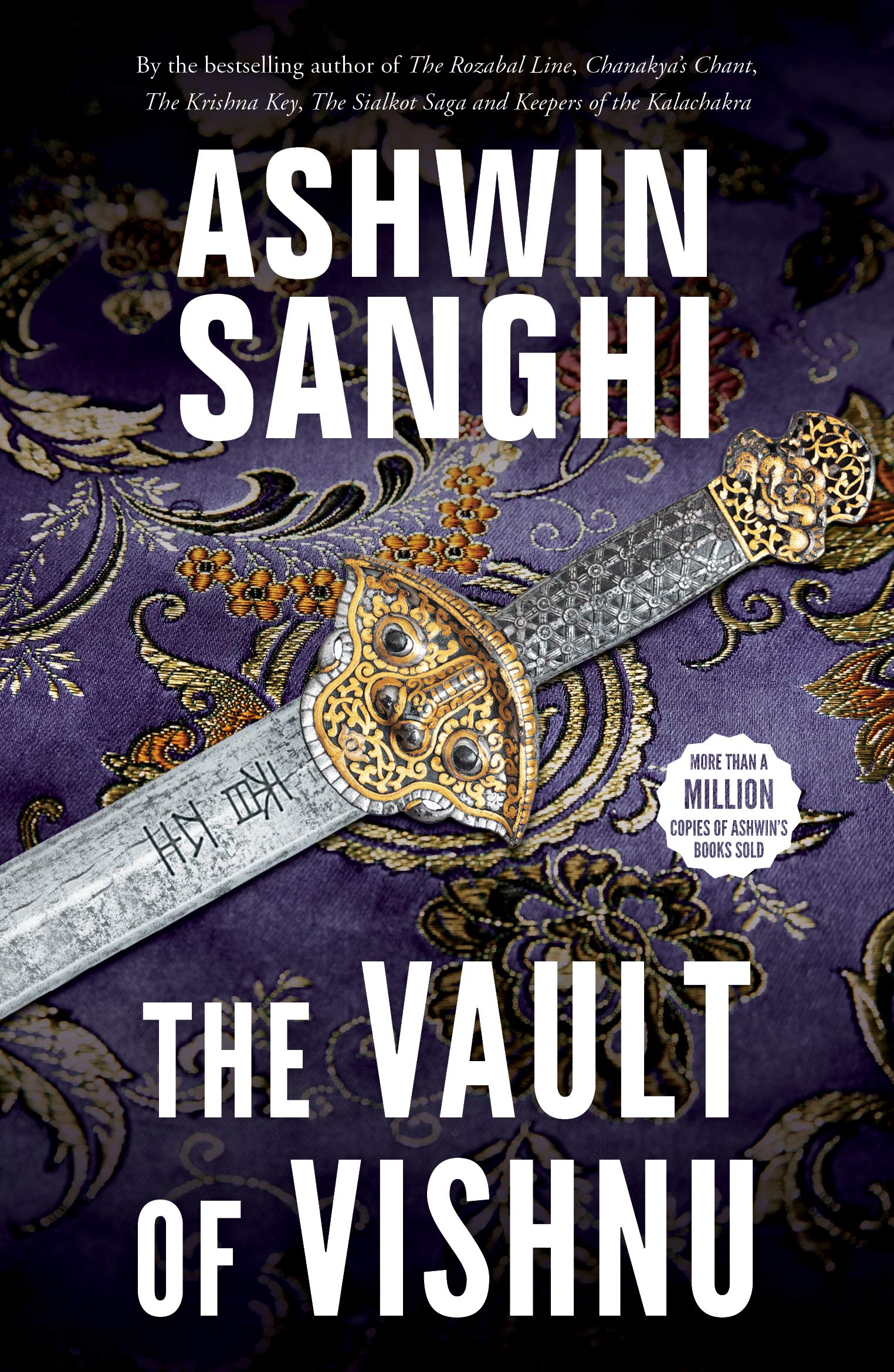 A Pallava prince travels to Cambodia to be crowned king, carrying with him secrets that will be the cause of great wars many centuries later.

A Buddhist monk in ancient China treks south to India, searching for the missing pieces of a puzzle that could make his emperor all-powerful.

A Neolithic tribe fights to preserve their sacred knowledge, oblivious to the war drums on the Indo-China border.

Meanwhile, far away in the temple town of Kanchipuram, a reclusive scientist deciphers ancient texts even as a team of secret agents shadows his every move.

Caught in the storm is a young investigator with a complex past of her own, who must race against time to maintain the balance of power in the new world.

Welcome back to the exciting and shadowy world of Ashwin Sanghi, where myth and history blend into edge-of-the-seat action.

Introducing the Characters from The Vault of Vishnu

Wing Commander Paramjit Khurana is thrown into the most challenging military assignment ever. She is unaware that what she seeks is ancient and has been lying for centuries within The Vault of Vishnu.

Dr. Raja Rao is a reclusive scientist and the most knowledgeable person on the subject of human engineering. He has distanced himself from the world due to something in his past. His whereabouts in The Vault of Vishnu are not known.

Mark Richards is the head of Centre of Bio-engineering, Training and Terrain. He is an ex-Marine and ex-CIA. He is one of Pam’s closest allies in The Vault of Vishnu.

The Boy in the Striped Pyjamas (Vintage Childrens Classics)

The Merchant of Venice : Shakespeare’s Greatest Stories For Children (Abridged...